Sahana Eden is a highly flexible tool which is used in many different scenarios, so there is no single conceptual view. This varies heavily between deployments.

Sahana Eden is designed to be deployed flexibly from lightweight laptop installs to highly-available cloud deployments, so it supports a range of stacks. 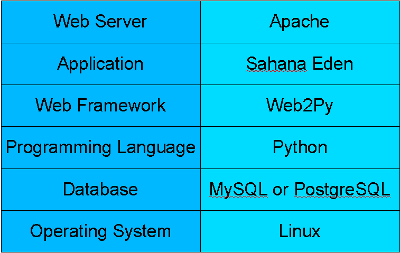 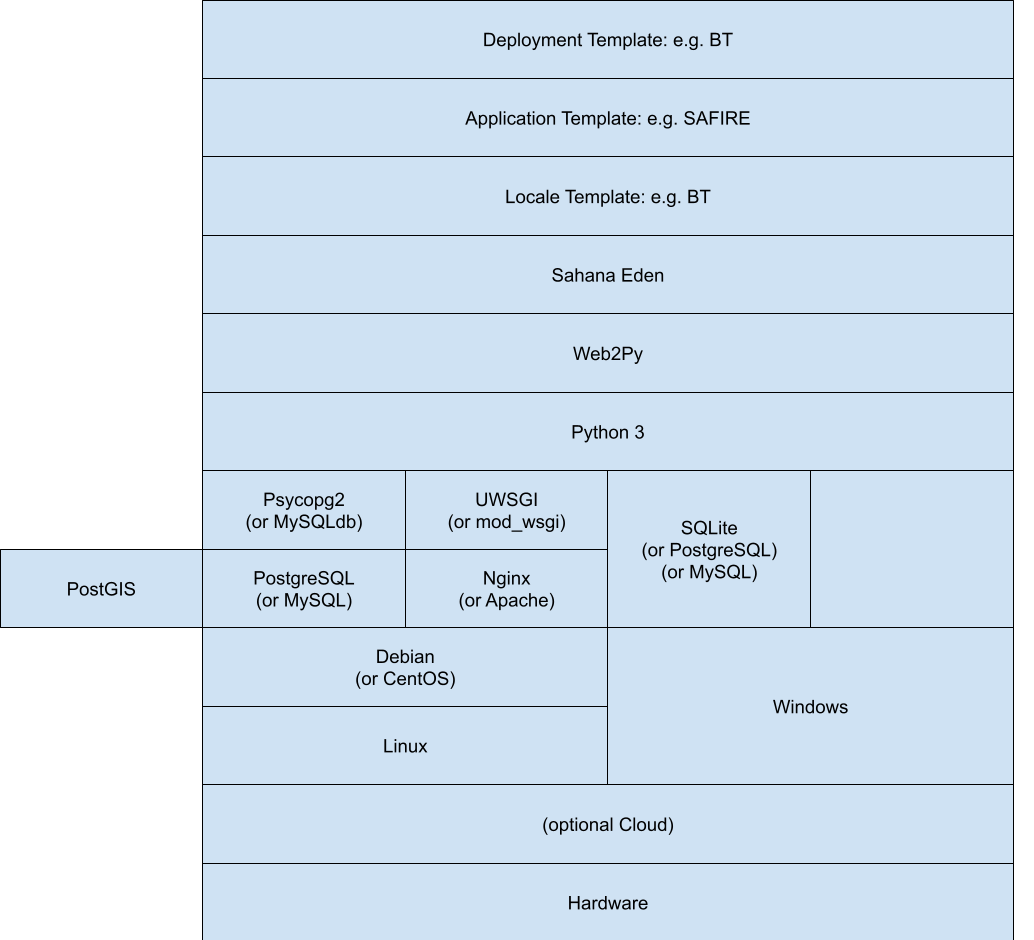 Being a lightweight system, most Sahana deployments are simple Client-Server:

If there is a need to scale beyond this, then the 3 tiers can be separated onto different servers, each of which can be duplicated for performance & redundancy:

Since Python is an interpreted language, there isn't a need to do builds when editing Python code on a developer machine. There is a 'compile' script for server-based deployments and CSS/JS are minified using their build script:

We don't maintain ER diagrams for the whole system as it would be too large to be meaningful. Instead we recommend building your own for the relevant modules for your deployment using one of these tools:

In order to allow extensibility of the core schema, many resources have key/value 'tag' tables associated with them.

This allows supporting many different coding schemes at the same time and could allow interop with triple-store databases via RDF.