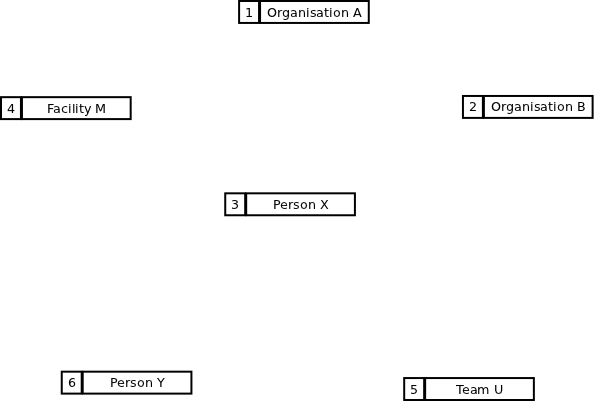 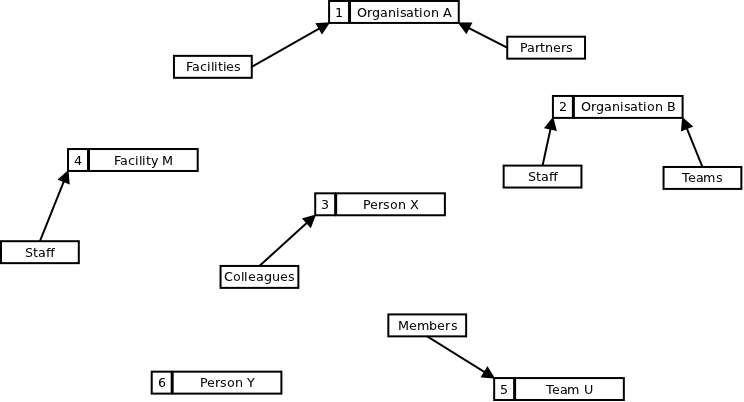 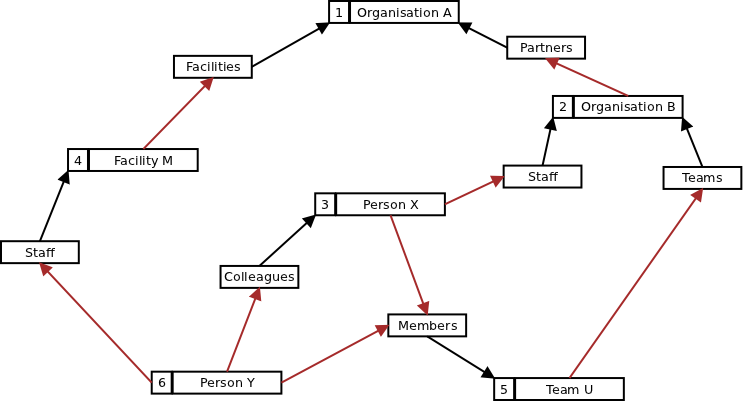 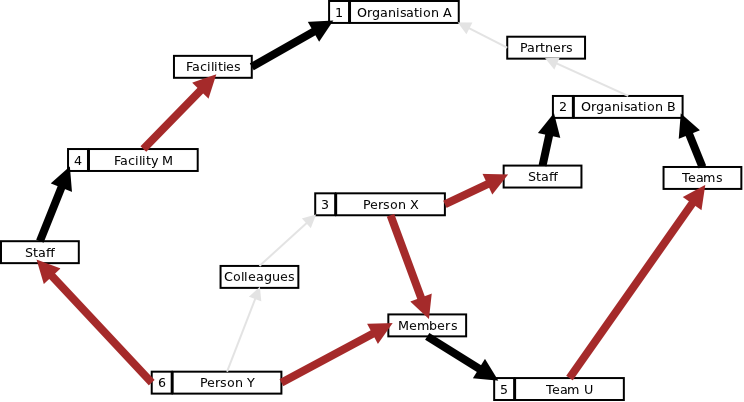 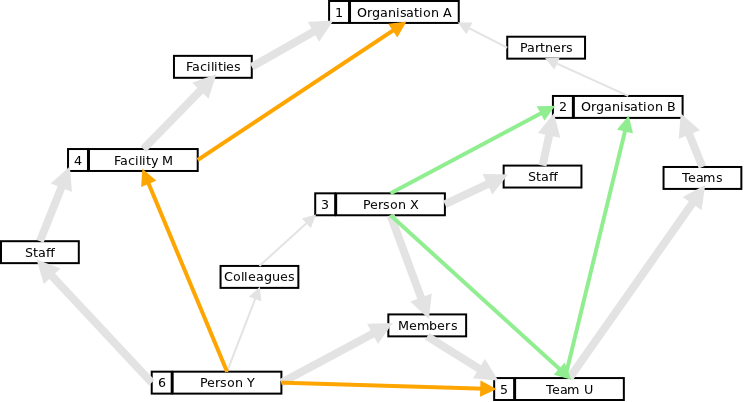 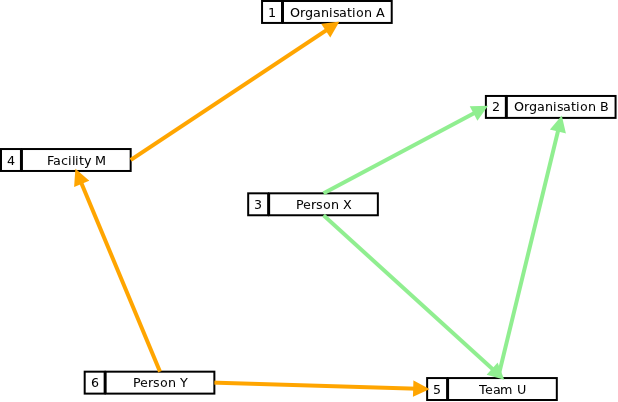 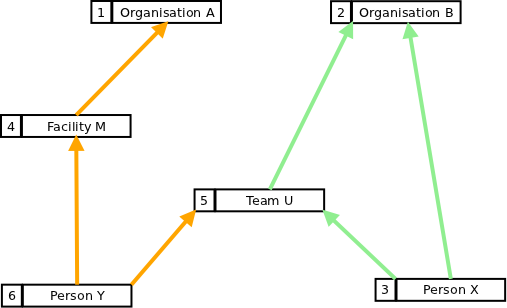 Due to the heterogenous nature of this network, the "hierarchy" is not universal, but rather limited to each path - i.e. it is not universally definable whether a "team" ranks higher in the hierarchy than a "facility" - or vice versa. But within each path it becomes explicit.