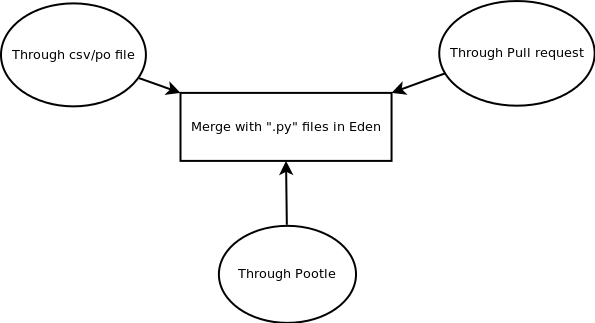 3) Through Pootle : This is in connection with the Pootle Integration of Sahana Eden. We need to be able to keep the Pootle and web2py language files in sync with respected to the translation strings. Hence, when merging with Pootle, there mustn't be any conflicts.